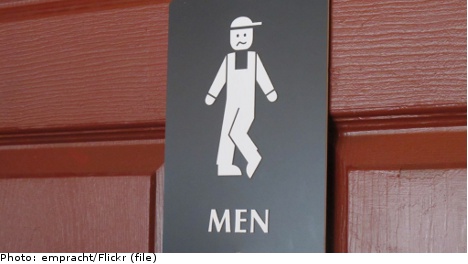 A group of people in Värmland, western Sweden, had long been plagued by an illness that was baffling doctors.

In a local family, half of the family members needed to urinate so much and so often that they had been forced to adapt their lifestyle to combat the problem.

But a Swedish doctor, Johan Jendle, discovered the cure and solved the mystery.

“But sufferers of ‘diabetes insipidus’ can pass up 15 litres a day, which means they need to rehydrate just as often. They are constantly drinking and urinating, even during the night.”

The illness had baffled experts for over a century until Jendle and his team from the Central Hospital in Karlstad, took on the case.

“I noticed that the patients were related with one another. I investigated them first with the usual thirst sample tests, and then with genetic tests and found that it was about an as yet unknown hereditary variation of diabetes insipidus which spreads through mutation,” he said.

The disease can be extremely serious for those that have it, and could even be lethal, according to the doctor.

“Sufferers often find that they have to be within sight of a toilet, and need easy access to water constantly,” he said.

Previously known variants of this disease have been caused by damage to the pituitary gland, which is responsible for the urinary hormone.

However, this variant, which Jendle confirms was found within at least half of the children in this particular family “back into the 1800’s”, was unusual as no symptoms are present until sufferers become teenagers.

“The slow onset of symptoms is the tricky part. Many people adapt to the way of life without realizing it. The hormone fine tunes your urinary output, and people don’t realize it’s been happening, even though the consequences can become dire.”

But Jendle remains humble in his success.

“I’m not happy that I’ve solved the mystery, I’m happy that I’m able to help the sufferers. With this knowledge, we now know exactly what to look for and how to subsequently cure it,” he told The Local

Jendle’s studies have since been published in the US Journal of Clinical Endocrinology & Metabolism.