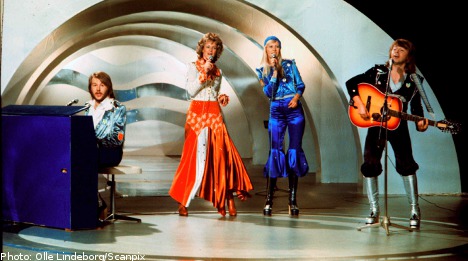 International music fans can immediately point to ABBA as an example of Swedish music hall of famers. However, a new plan has been announced to open a museum in the Stockholm district of Djurgården that showcases everything else Swedish music has to offer.

The museum, which has been privately and anonymously funded, has been a long time coming for Sweden, and couldn’t come sooner for Palmers.

“In the rest of the world there are numerous examples of museums where pop-music is in the spotlight, even in Norway there’s a museum that’s called Rockheim. But there’s nothing similar in Sweden. We’ll change this now.”

The museum will feature artists from as far back as the twenties, including Swedish jazz legend Charlie Norman, through to more modern acts such as the Esbjörn Svensson jazz trio.

Palmers is taking the job of writing the biographies for the artists, both in Swedish and English, and points to the youth as being a target audience – as well as a reason for the opening.

“I’m writing all the biographies – I’ve already done 275. The idea is that the audience will be able to have them read out to them. The younger generation needs to have everything served at the push of a button,” he told the paper.

The plan is for the museum to be as interactive as possible, with touch screens and samples of the artists’ music. There will also be annual elections for new inductees, wrote the paper.

The museum, which is estimated to be opened in one year, will have Swedish musicians Timbuktu, Eva Dahlgren and Niklas Strömstedt as the spokespeople for the company.

The museum is intended to work as a non-profit organization, with money earnt going towards scholarships for other musicians.