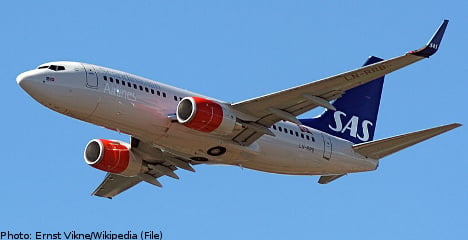 “We can confirm that one person was caught at a routine check that police carried out,“ said Jessica Fremnell of the Arlanda police to daily Aftonbladet.

The SAS crew members were carrying out their duties on Tuesday when theywere asked to take the test and one of the pilots turned out to be over the legal limit.

According to an Aftonbladet source, the man was working on the outer safety checks of the craft when he tested positive for alcohol in the border police test.

However, at SAS, the rules are even stricter, prohibiting pilots to fly unless they are under the 0.2 promille limit eight hours before takeoff.

After testing positive for alcohol the man was not allowed to fly the scheduled flight later in the afternoon.

The company were unwilling to disclose the destination to where the man was supposed to fly and told daily Dagens Nyheter (DN) that they view the incident as a “personnel issue” and not a security risk.

“We are aware of the situation and take what has happened extremely seriously. We support the border police’s work to a 100 percent,” said Rebecka Södergren from SAS to Aftonbladet.

This is the first time someone has tested positive for alcohol at Arlanda since new rules came into effect in September 2010, making it possible for police to carry out checks on crew.

Göran Adbro, chairman of the Swedish Airline Pilots’ Association (Svensk Pilotförening) has never before heard of any Swedish pilot being caught in a breathalyzer test.

“There is a zero tolerance policy for drinking and we stand by that,” he said to Aftonbladet.

After the discovery of the inebriated pilot, Scandinavian Airlines will be carrying out its own internal investigation alongside that of the police, according to DN.