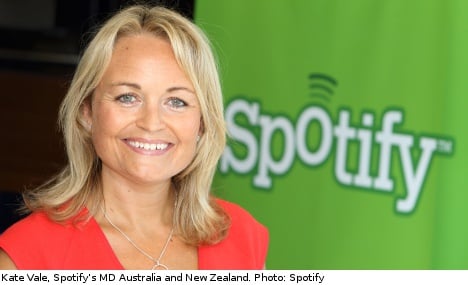 “We’re unbelievably excited to be here. Australians are massive music fans and we’ve created a service that we know they’ll love,” said Spotify co-founder and CEO Daniel Ek in a statement.

Spotify was launched in Sweden in 2008 by Ek and Martin Lorentzon, out of a desire to develop a better, more convenient and legal alternative to music piracy.

Since then, Spotify has become the world’s largest and fastest growing music service of its kind.

After launching in the US in July 2011, the company reached its 2.5 million subscriber milestone during the autumn and released an iPad app earlier in May.

And the company now thinks that Australia and New Zealand are ready for their services.

“Spotify is a game changer. We hope Australian music fans will love Spotify as much as they do across Europe and the US,” said Kate Vale, Spotify’s Managing Director Australia and New Zealand.