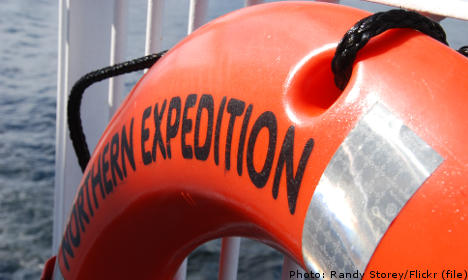 On Saturday, a 68-year-old woman drowned while trying to save her two grandsons who had strayed too far from a beach in southern Stockholm.

While she managed to pull one of the boys to shore, the woman then died trying to save the second grandson.

The boy was eventually pulled from the water and rushed to hospital, but died later that evening.

“When the weather is nice, there are a lot of people who want to go swimming because they think the water is fine. But it’s still quite cold and the body can become chilled quickly at such temperatures,” Anders Wernesten of the SLS told the TT news agency.

The group predicts that 2012 is on its way to becoming a tough year when it comes to Sweden’s drowning statistics.

“We’re already seeing that the number of accidents this year is going to surpass last year’s figures,” said Wernesten.

The final weekend in May turned out to be an especially deadly one at Sweden’s bathing areas.

In addition to the drowning deaths of the 68-year-old grandmother and her 7-year-old grandson in Stockholm, a man who went out for a swim at the Bergsjö bathing area in Gothenburg also died on Saturday evening.

Also in western Sweden, an elderly woman drowned in Varberg, while a man in his forties was found lifeless in the water near Alingsås.

“It’s important to stay close to shore and try to keep your body temperature up if you fall in the water without a life jacket. But the most important things is to be in the company of others and not to go swimming alone,” said Wernesten.