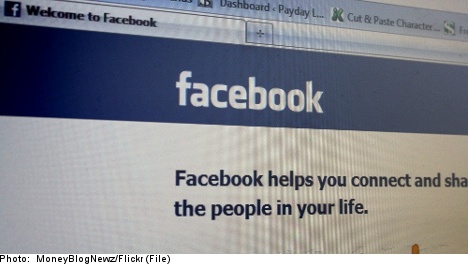 After a late night out in Sundsvall, northern Sweden, a man was brutally beaten and allegedly “stomped in the face” when leaving a restaurant, wrote the Sundsvall Dagbladet newspaper (SD).

The victim, who admitted that he was heavily under the influence of alcohol at the time, was repeatedly kicked and hit in the head according to witnesses, and was later hospitalized.

However, the victim had a niggling feeling that he recognized the perpetrator and used the popular social networking site Facebook to scroll through photos and identify the man.

“It was uncomfortable to see the friends this man had online,” said the victim during police interrogation, wrote the paper.

The victim then alerted police that he had managed to find his attacker, a 20-year-old man from Sundsvall, which consequently led to the man’s arrest.

On Tuesday, the man was formally charged with aggravated assault.

The 20-year-old denies the crime, which occurred in late January, and claims that he was not in the area at the time.

He was also formally charged for threatening to kill another Sundsvall resident in June last year.