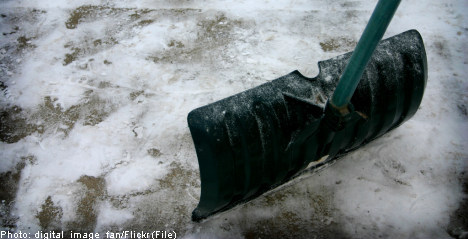 As much as 20 centimetres of thick, wet snow fell in parts of Västerbotten County, giving residents quite a shock when they woke up Friday morning.

June started with subzero temperatures and snow in many places across northern Sweden.

Even further south, high temperatures weren’t expected to creep above the single digits across much of the country on the first day of June.

“Summer has been halted for the time being across the country,” meteorologist Linnea Rehn from Swedish meteorological institute SMHI told the Aftonbladet newspaper.

In the town of Börtnan in Jämtländ County in northwestern Sweden, the mercury dropped to minus six degrees Celsius, the lowest June temperature recorded in Sweden in 20 years, according to SMHI.

The weather agency forecasts that the first weekend in June will feel more like the start of winter than the start of summer, with snow and below-freezing temperatures persisting in northern Sweden.

Further south, temperatures may rise to the low-teens, but rain showers are expected to continue into next week as a cold air from the North Sea remains over Sweden for several more days.

“I’d have to say it’s probably going to get worse. The rain and clouds will continue for some time to come,” Rehn told Aftonbladet.