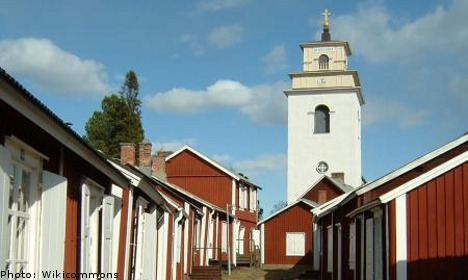 Ever wanted to see the wonders of the world without leaving your chair?

Now, doing so has become a reality following Google’s launch of its World Wonders Project where users can browse the world’s most magnificent sites from the comfort of home.

Among the entries, one from Sweden’s north has been chosen – the church village of Gammelstad in Luleå.

The only site chosen in Sweden for the project, Luleå’s Gammelstad Kyrkby is featured among such heritage sites as the archaeological ruins of Pompeii in Italy and the Palace of Versailles in France.

“We, and especially everyone from the Swedish Google office, are very pleased that Gammelstads Kyrkby in Luleå has been included on the website and hope that this inclusion will help them get more international attention and a boost in tourism”, David Mothander, Google’s Nordic Policy Counsel, told The Local.

The project, which is funded by UNESCO, the World’s Monument Fund and Cyark – a world heritage site protecting organization, takes people on a virtual tour of the wonders using the Google Street View function.

“With the Street View technology, Google can make world heritage sites available to users across the globe, at any time and at no cost,” Mothander told The Local.

“Our aim with the World Wonders Project is to preserve and help spreading the knowledge about the world heritage sites for future generations. The ambition is entirely in line with our belief that the Internet should be used to digitalize and make available the world’s cultural treasures.”

The Street View function allows the user to “walk” through the village and even zoom in on points of interest.

The sites used in the have been gathered from 18 different countries, and include places of worship, historical sites, parks and gardens, and wonders of nature.