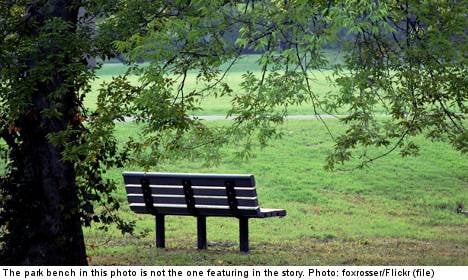 The man, who is on a visit to Stockholm, was “heavily intoxicated” early Saturday morning and couldn’t find his way back to his hotel room, wrote the Aftonbladet newspaper.

After a time, he gave up looking and chose to sleep on a bench in Kronoberg park, in Kungsholmen in Stockholm’s west side.

The man woke up to find another man was raping him.

“He lay down on a park bench and slept. He woke by being raped by another man. The rapist was not a person he knew,” said Stefan Wehlin of the Norrmalm police to the paper.

Wehlin added that police have been to the park in search of evidence.

The victim, who had allegedly been partying hard the night before, headed to hospital where staff members alerted the police to the incident, according to Aftonbladet.

Police arrived at the hospital at 7am on Saturday morning and the victim was able to report the matter.

No one has been arrested in connection with the rape as yet and police have launched an investigation.

The man remains in hospital.