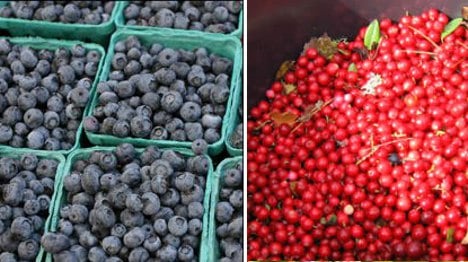 The species of plant producing the berry has been detected at a number of locations across Sweden but until the discovery in Bohuslän has not borne fruit, according to a report by Sveriges Radio (SR).

“The leaves have a blueberry colour, that is to say quite light green, but they are also leathery, similar to lingonberries,” Evastina Blomgren, the botanist who made the find, told SR.

While the plant bears some resemblance to elements of its floral forebears, the berries themselves it appears are unlikely to compete for a place on the Swedish summer smorgasbord.

“It was no taste sensation. They didn’t taste rotten, but they weren’t that good,” Blomgren said.

The plant is reported to have been created purely by the force of nature and grows as a result of the cross-pollination of near-lying blueberry and lingonbery plants by the same insect.

Given the right conditions, a “blingon” bush would then be the result.

Blomgren explained however that she is not entirely happy with her find being given the name “blingon”, saying that she would prefer “blågon”, incorporating the Swedish word for blue.