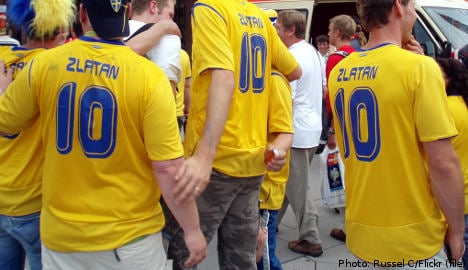 Swedish manufacturing research group Testfakta has offered an unexpected boost to the national team’s hopes of success at the European Championships in Poland and Ukraine, after conducting tests on every side in the tournament’s football shirt.

“We wanted to test which shirt is in fact the best when it comes to performance – for example how well the shirts breathe; draining away the sweat and how easy or difficult it is to grip and hold the shirt,” Testfakta researcher Martin Hansson told The Local.

“For the Swedes it looks quite good. In our group only Ukraine, who we should beat anyway, has a better shirt. And we will play against England who have the worst shirts in Euro 2012.”

The findings were bad news for Sweden’s group rivals England, who could find themselves getting hot under the collar over the course of the tournament.

Their Umbro manufactured shirt has the highest water-vapour resistance compared to the other tested materials, which means it has poorer breathability.

Hansson explains that the perfect footballing shirt needs a good air-flow, so as to allow water vapour to be transported away from the body, however, he admits that a good shirt isn’t the be all and end all.

“How big an impact this will have in reality is of course hard to say, I’m sure it can be very individual from player to player.”

Sweden face the English in Kiev for their second match of the tournament on Friday June 15th.