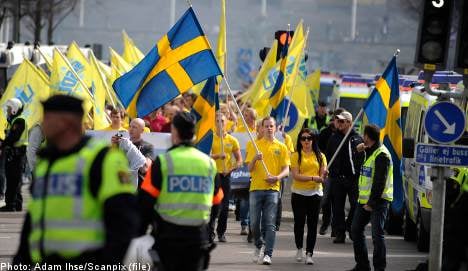 Helsingborg municipality told the website that if SDU had claimed the funding on faulty premises then it will seek advice from its lawyers.

“We have failed in our controls,” Ulf Bengtsson at Helsingborg municipality told nyheter24.se.

The problem lies in that SDU Helsingborg is only entitled to apply for funding if its national organisation is also in receipt of state funding.

SDU’s national organisation has not been awarded state funding as its applications have been deemed to be incomplete.

Sweden Democrats’ press officer Martin Kinnunen told news agency TT that the party was not aware of the requirement that funding for its national organization was a prerequisite to receiving local support.

The Sweden Democrats now plan to meet with representatives from the municipality in order to clarify the situation.

Kinnunen was not however surprised that SDU Helsingborg was in receipt of municipal funds explaining that the youth league was short of money and that Helsingborg had stepped in with sponsorship.