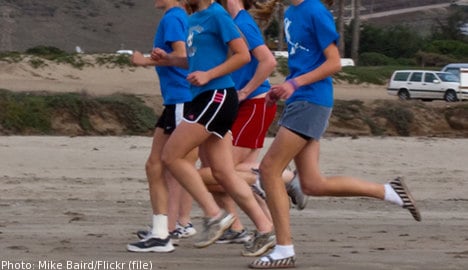 “What we have been looking at is fitness levels before the patient even had developed any symptoms of depression,” said Maria Åberg, one of the scientists in charge of the study.

The researchers in the joint venture came to the conclusion that physical exercise acts as a stimulant for the brain, encouraging development.

To reach these results, the scientists have reviewed physical fitness tests carried out on some 1.1 million healthy Swedish males. Test results were taken from the formerly obligatory military enlistment tests at age 18 and matched with later medical records.

The results were clear, according to scientists, showing that low levels of physical fitness during youth increased the risk of depression later in life.

And the good effects of early physical exercise could remain for up to 40 years, the study showed.

“I was surprised that the effects of exercise in youth can make a difference for so many years,” said Åberg to TT.

The study will be published in the latest issue of the British Journal of Psychiatry.