“I have never before heard of anything like it,” said head physician Lars-Göran Holtby of the Gävle hospital to daily Aftonbladet.

The 30-year-old woman was having surgery to remove a small growth of bone close to her hip, apart from which she was completely healthy, wrote the paper.

But instead of just removing the growth, the surgeon allegedly chiseled away the entire hip joint, and put it on the operating table before the mistake was discovered.

The surgeon and the other physicians who were called in to try to solve the problem then attempted to re-attach the joint with metal plates and screws.

However, the woman developed an infection from the procedure and the hip never healed properly, causing doctors to later have to fit her with a prosthesis.

A spokesperson for the hospital’s orthopedic section, Åsa Linnea Davidsson, told Aftonbladet that the surgeon is devastated with the mistake, which was explained as a “misjudgement regarding the woman’s anatomy”, according to the paper.

“I deeply regret what has happened. It is a very serious health care injury,” she told Aftonbladet.

The incident has been reported to the National Board of Health and Welfare (Socialstyrelsen), in accordance with Lex Maria, the informal name for regulations governing the reporting of injuries or incidents in the Swedish health care system. 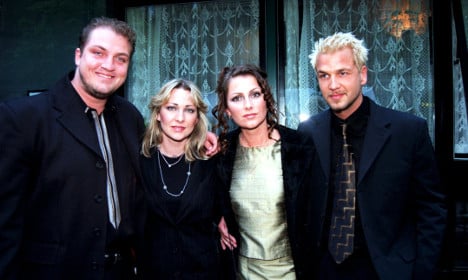 OF
Ace of Base star gig flops, selling 12 tickets