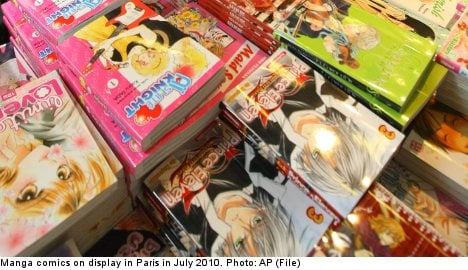 In a ruling issued on Friday, the court acquitted Simon Lundström, who had been found guilty of child pornography crimes by two lower courts before appealing his case to Sweden’s highest court.

“I’m obviously very relieved, in part because it makes life easier for me personally, but most of all I’m generally relieved for Sweden as a whole,” Lundström told the TT news agency in an email.

“It would have been very hard for me to relate to Sweden as a country if it turned out to be a place that prohibited certain expressions of the imagination.”

According to the Supreme Court’s ruling, the drawings are pornographic and they do portray children.

However, because the cartoons represent imaginary figures there is no way they could be mistaken for real children.

“The criminalization of possession of the drawings would otherwise exceed what is necessary with regard to the purpose which has led to the restriction on freedom of expression and freedom of information,” the court said in a statement.

Lundström, described by Swedish media as a top manga expert, was found guilty by two lower courts of having 39 drawings portraying figures in sexual poses stored on the hard drive of his computer.

In his initial trial, he explained that he had retrieved the pictures in order to stay up to date with the latest developments in the Japanese comic genre.

During the Supreme Court trial, the images were shown on large screens in the courtroom. The pastel-coloured pictures showed children in different states of undress.

The depicted persons have large eyes and many other features that are characteristic for manga-characters. They are both posing for the viewer and taking part in different sexual activities.

Lundström’s attorney, Leif Silbersky, expressed his satisfaction with the ruling.

“It’s heartening that common sense has prevailed. The Supreme Court has an excellent way of cutting through the formalities and coming to the right conclusion. The ruling is very good in its entirety,” he told the TT news agency.

In its ruling, the Supreme Court did however find that one of the 39 images possessed by Lundström could be considered to depict child pornography as it was sufficiently realistic.