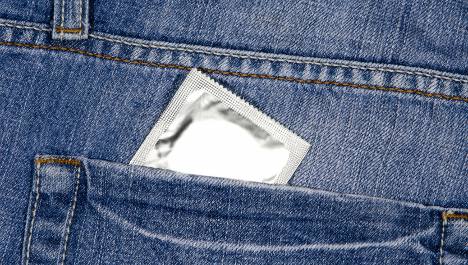 “No glove, no love” – the age-old English saying about condoms may ring true in most cosmopolitan cities, but when it comes to Stockholm, I say good luck finding a Swedish man who will actually want, or even knows, how to wear one.

This, of course, is just my personal experience. But as a single American woman in her late twenties who has now lived in Stockholm for over a year, I am constantly amazed that the majority of Swedish men I’ve encountered do not use – or, dare I say – never use, condoms.

Let’s first talk numbers. Out of the six Swedish men that I’ve casually dated so far here in Stockholm, every single one of them seems to have some sort of issue or hang-up with using this little piece of plastic.

First there was Jim*, who joked that the reason he didn’t use condoms was because disease hadn’t yet spread to Sweden.

Then there was Kevin, who confessed that while he hadn’t used a condom in years, he was at least willing to try (although when he finally did put one on, let’s just say it was a “lost” cause).

And when I met the mysterious yet sexy Chris, he claimed that because he was an “expert at pulling out,” that meant we didn’t need to use a condom. I didn’t buy his ridiculous excuse.

Then there was John, the handsome 37-year-old I met out one night in Östermalm.

When I told him after two dates that I would prefer it if he used a condom the first time we had sex, he suddenly turned into a petulant child and vowed he would never again use a condom because they are both “uncomfortable and unnecessary.”

Perhaps not surprisingly, we stopped seeing each other after that.

As a born-and-bred American who has sat through many a sex ed class in her adolescent years, it’s essentially been drilled into my brain that condoms are a must when you first start having sex with someone.

Of course the number one reason is to prevent pregnancy, especially if you aren’t on birth control, but in this day and age, the prevalence of STIs is staggering and for me, that’s reason enough to make the new guy I’m dating wear one.

In case you’re wondering, I have been with men from other countries – not just American men who are often staunch condom supporters – and I can honestly say that since moving to Sweden, this is the first time that I have encountered such a strong dislike for something that really is only meant to protect you.

Maybe it’s just me but I think I dislike the idea of chlamydia far more than a thin piece of plastic.

But I should be fair and say that the Swedish men are not the only ones to blame.

According to a close Swedish female friend of mine, she recalls only ever having used a condom once in her life. Yes, you read that correctly: only once.

The reason? It seems as though every single Swedish woman is on some form of birth control, hence her reason for not ever having to use a backup method of contraception.

And as for the Swedish men? Well, they’ve apparently become so accustomed to women already being on the pill that they’ve never felt the need to “wrap it up” – pardon the pun.

“You make it sound like all Swedes do is sleep around,” Patrick said when I first asked if he was OK with wearing one for me.

We had been out on several dates and clearly enjoyed each other’s company so sleeping together, to me, seemed like the appropriate next step. Apparently, this seemingly innocuous request of mine was considered a deal breaker. I never saw Patrick again.

So, here’s a little note to all those single, Swedish men out there: It’s not an insult to your masculinity if a woman asks you to wear a condom – it’s because she likes you and likes having safe sex. Okej?