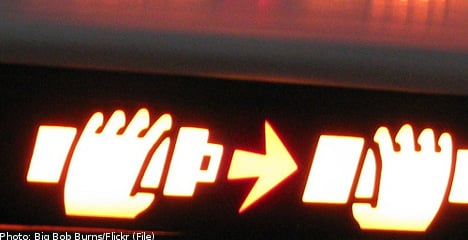 Two people died and many people were injured over the weekend, though the statistics did not match those of previous years.

“These are unusually low figures,” said Claes Tingvall of the Swedish Transport Authority (Trafikverket) to the TT news agency.

One man died near Ängelholm in southern Sweden on Saturday night after his car collided with a brick wall.

“The car was completely demolished as the speed was so high,” said Hans Nilsson of the Skåne police to TT.

Another man in far northern Sweden was killed in an off road accident on his four-wheeler.

There was also a slew of traffic accidents across the country between Friday and Sunday which kept paramedics busy.

On Sunday afternoon, 12 people were taken to hospital after a four car pile-up north of Gothenburg. At roughly the same time on a nearby road, a bus crashed head-on with a car and three people were injured.

Elsewhere, a 27-year-old woman was injured in Kil, western Sweden, after her motorcycle collided with an elk on Friday afternoon.

On Friday night, a man drove his car directly into a house, though the residents were uninjured and the driver escaped with minor injuries.

A 25-year-old was pulled from a burning wreck by his friends after a crash saw his car catch fire on Saturday morning. The man was not seriously hurt.

The rainy weather that swept the nation over the long-weekend may be responsible for keeping many Swedes at home, resulting in quieter roads and fewer accidents, wrote TT.