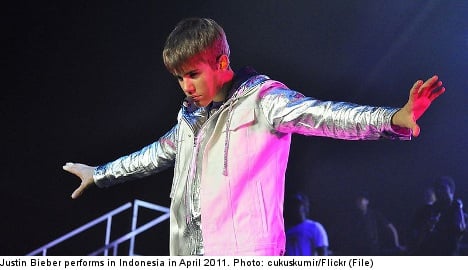 “We’ve been working on this for a long time,” David Maloney with concert arrangers FKP Scorpio told the Expressen newspaper.

“Believe”, the latest album by the 18-year-old, Canadian-born pop music idol, shot to the top of the music charts in 30 different countries the week following its June 15th release.

“Justin Bieber is in a class by himself as one of the most popular and sought-after artists in the world and that he is choosing to come to Stockholm is totally awesome,” Maloney told Expressen.

According to Maloney, Bieber has long wanted to take the stage in Sweden, but finding a workable date for the in-demand artist proved tricky.

Tickets for Bieber’s first concert in Sweden are set to go on sale on Friday, July 6th and are expected to sell out fast.

Tickets for two recent concerts scheduled in New York’s Madison Square Garden sold out in less than a minute, according to Bieber’s manager.

Maloney emphasized that it’s too early to speculate about a possible second Swedish concert date for Bieber.

“Right now, all we’ve got is one concert at Globen,” the concert arranger said.