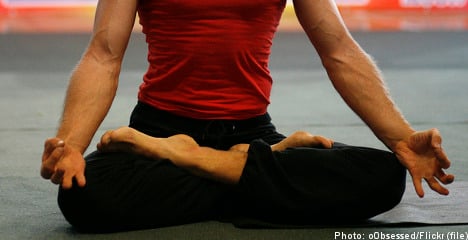 Women between the ages of 34 and 38 suffer most from tension headaches, which affect an estimated two million people in Sweden.

“It’s most often women who are living stressed lives. People with both a career and a family to deal with can find that things can easily be too much,” said post-graduate Elisabeth Söderberg, who presented the study at the Sahlgrenska Academy in Gothenburg, to the Aftonbladet newspaper.

The study took place over nine months and involved 90 sufferers of chronic headaches. The patients were then divided into three groups – one that concentrated on physical training, one on relaxation techniques, and one on simply balancing and prioritizing their daily lives.

The groups carried out the controlled programmes for ten to twelve weeks, with a follow up investigation after six months showing the best results came from the exercizing group.

“The patients who trained with handheld weights two to three times a week experienced the biggest effects and increased the quality of life the most,” Söderberg told the paper.

“If a patient comes in complaining that she has pain in her head each day, physical training is not the first thing a doctor recommends,” she said.

While the actual reason as to why the training is such an effective cure remains unclear, Söderberg is keen to see the results of further investigations.

“No, we don’t know, but it’s crystal clear that training makes the patients feel better. I hope that future research can investigate the effects of even harder training,” Söderberg told the paper.