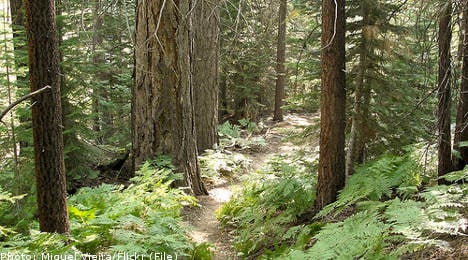 “It’s unusual for someone to return safely after such a long time,” said the Jämtland police force’s duty officer Henrik Hansson to the TT news agency.

The man comes from Stockholm, and was fishing at a woodland lake. He was reported missing on July 2nd, when he didn’t return to the cabin at which he was staying.

An extensive search mission with police hounds, helicopter, the Home Guard and mountain rescuers went on for days, but failed to locate the missing fisherman.

The man was finally found by two passing canoeists, who were paddling through the western parts of Ott lake, some twenty kilometres south of Åre.

He was taken by ambulance helicopter to Östersund’s Hospital, but according to local police is doing reasonably well considering the circumstances.

“He was really happy when he made contact with these two,” said Hansson.

Now able to tell his own story of what happened, the 68-year-old has explained that he got lost and took the wrong way home after getting caught in a thunderstorm which surprised him when heading back to the cabin from his fishing trip.

Trying to find his way back, he walked very far on his first night in the wild, and ended up outside the police’s search area.

Since then, the man has survived by eating what he could find in the forest, and slept in various shacks he found.

“One major reason that it has gone so well is his ability to keep calm and motivate himself,” Hansson said.