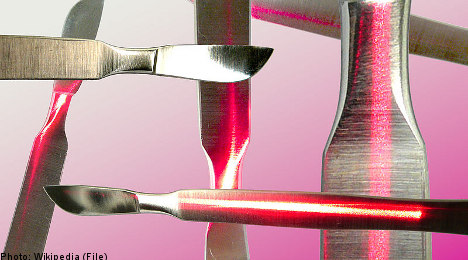 Nils Persson was taking the bus to work on Monday evening and as he stood up he felt a pain in his upper leg followed by severe amounts of gushing blood.

Much to his horror, Persson discovered a scalpel was responsible for the cut.

From what he could tell, the blade had somehow been fitted into the bus seat, causing a gash that took eight stitches to seal.

Persson, who missed out on one and a half working days due to the incident, suspects foul play.

“It was so well built in that it must have been the intention to hurt other passengers,” he said to the local Norrländska Social Demokratiska (NSD) newspaper.

Persson has now demanded that the local public transit operator in Luleå inspects its entire fleet of buses.

“They have to do it, there could be more knives on the buses,” he said.

According to the paper, a bus mechanic received minor injuries in the hunt for the scalpel, also getting scraped on the thigh.

The incident was reported to local police, who have launched an investigation into what they are describing as sabotage.