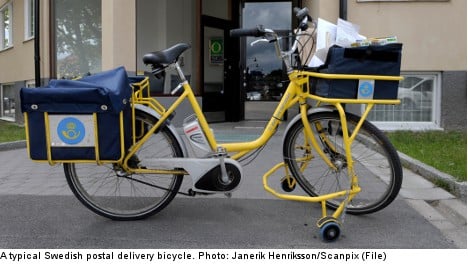 “My sister sent it from a summer camp when she was 10 years old,” Claes-Håkan Svensson told the local Hallands Nyheter daily.

The postcard was posted sometime during 1962 and where it has been keeping in the interim period still remains a mystery.

“I didn’t understand anything at first, Håkan Svensson is my father and he has been dead for fifteen years,” the bemused recipient told the newspaper.

After checking with his sister, Claes-Håkan was able to conclude that the summer greeting was indeed from her and that she remembered her time at the summer camp well.

The message on the card refers to the need to learn the local dialect of the province of Halland as the camp brought together children from several different areas.

The post office has explained that this type of service delay is very rare.

“It is difficult to know what has happened. A postcard can fall between some furniture or get left in an old postal sack,” Josefine Raneke, press spokesperson at Posten, told Hallands Nyheter.