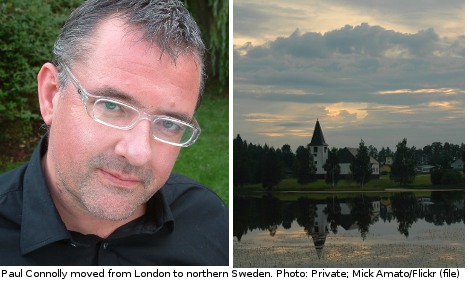 It was my first night living in the far north of Sweden and things were getting stranger by the minute.

To my left at the dining table of a house in Vuollerim, just 25 kilometres shy of the Arctic Circle, a very drunk sixty-something man with grey hair, thick bottle-bottom glasses, and a beard so dense and impenetrable it might have been harbouring a small family of Arctic hares, was ranting about the pointlessness of modern culture in general and movies in particular.

“I don’t watch television and I never watch movies – if you want adventure, take an adventure yourself,” he said.

Nothing new there, you might think – the older generation is always moaning about something. But this chap (let’s call him Jens, because that wasn’t his name and I don’t want to get him in trouble), was no ordinary pensioner. He was a senior member of the film crew for an upcoming high-budget family epic, which had been filming in the area.

“But you’re working on what is likely to be the biggest Swedish film of 2013,” I spluttered.

Jens, his eyes the size of planets behind his thick glasses, looked at me as if I’d asked him why birds fly.

“I come from the north – here we do things, we don’t just watch.”

And with that, he yelled across the table at another dinner guest:

“Pass the wine – don’t drink it all yourself!”

Well, he was taking the “doing” part seriously – he was certainly not going to just watch other people drinking.

How did I get to be here, in the thawing north of Sweden, around a dinner table surrounded by inebriated film-makers and locals, nearly 3,000 kilometres from my home town of London?

By a 7.5 tonne truck, that’s how, driven in shifts from London by my friend John and me. The truck contained the worldly possessions of my girlfriend and I.

Well, John and I had got stuck right in to the otherness, that’s for sure.

The pipes at the rental house had burst, so it was uninhabitable. A couple of phone calls later we’d booked ourselves in at the Hotel Vuollerim. We were lucky – a visiting film crew had nabbed all but two rooms.

When we’d arrived the receptionist had talked us into attending what she rather quaintly called a house-jumping dinner party that night. It was a local tradition, apparently.

She even hinted it was a peculiarly northern Swedish tradition, and a great way to meet locals. Each course was served in a different local’s house.

A traditional Lapland house-jumping dinner? What a great way to kick-start my integration.

As we made our way to the first house and the first course, I asked one of the organizers who the other dinner guests were.

“Oh, they are mainly the crew from a film being made around here,” she told me.

Would any locals be at the dinner, we enquired?

“Of course, yes, myself and the other hosts.”

So you’re all from round here?

The dinner was fun. The food was heavy on northern produce, so lots of fish such as Arctic Char and even a Reindeer Carpaccio starter (surprisingly delicious).

Most of the film crew were charm personified. Even Jens.

They even sang lustily when asked by the organizers to sing the local house-jumping song, Hop For Vuollerim (melodically, a Frankenstein’s monster of a tune that sounded part Arrow’s Hot, Hot, Hot and part Rolf Harris’s Tie Me Kangaroo Down, Sport), while John and I, English to the last, were far too embarrassed and hid our faces trying hard not to laugh at the ridiculous lyrics:

“Hop, hop, hop, come and jump for joy in Vuollerim

We’re jumping from place to place

Enjoying the meeting with every face

Everyone that wants and dare.”

After one particularly hearty rendition (yes, the song was sung more than once and the singing, oddly enough, became more uninhibited the more wine was consumed), I asked the film’s lanky production designer, why they’d chosen the far north to film.

“The light is different to anywhere in the world that I’ve been,” he said.

“And the scenery is breathtaking. It’s perfect for film-making.”

The next day, while John and I, nursing monumental hangovers, were gingerly moving boxes into storage, we asked our local helper, Anders, an 18-year-old student with a typically dry-as-dust northern sense of humour, if house jumping dinner parties really were a local tradition.

He raised one eyebrow, grinned and said:

“House-jumping dinner parties? What do you think? Do they sound northern?”

Lesson number one learnt – take nothing for granted up here. Nothing. 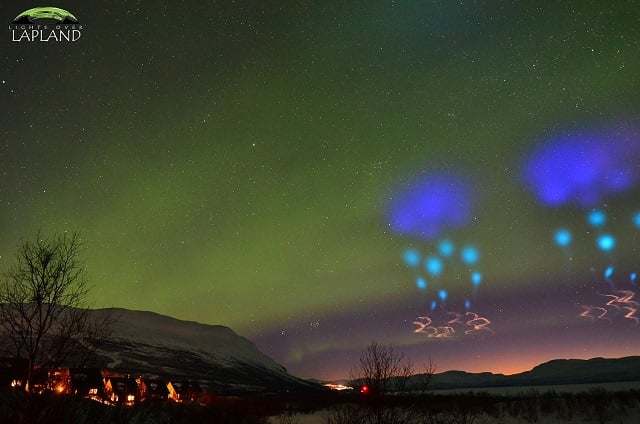 JOBS
My Swedish Career: ‘We wanted to make Lapland accessible to those with disabilities’
Url copied to clipboard!