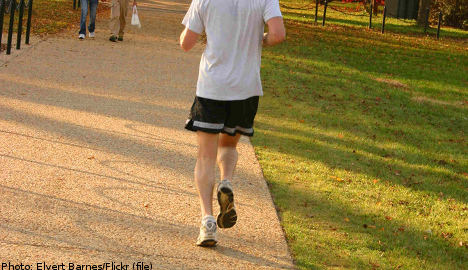 “Our study shows that lifestyle changes, such as weight loss and increased physical activity as well as stopping smoking, has a greater effect on the patient’s survival than the treatment they receive for their prostate cancer,” said Hans-Olov Adami at Sweden’s Karolinska Institute and the Harvard School of Public Health.

The study involved some 700,000 cancer cancers in the US and Sweden diagnosed with prostate cancer between the years 1961-1988.

The research found that overall around 35 percent of the men in Sweden, and 30 percent of men in the US, who were diagnosed with prostate cancer, died from the condition and that this figure declined over time.

The most dramatic drop occurred after the introduction of PSA (Prostate Specific Antigen) testing. The proportion who died from other conditions, such as heart disease, however remained constant over the period.

Gustaf Edgren, one of the co-authors of the study, called for healthcare services to emphasize the importance of lifestyle changes for those suffering from prostate cancer.

“The hope is of course that those within healthcare shall do what they can to encourage patients to live more healthily which would have a significant effect on both longevity and life quality,” he said.

“Our results are relevant for the thousands of men who are currently living with prostate cancer in Sweden,” he added.

According to a Karolinska Institute statement, prostate cancer is the most common form of cancer among men in Sweden and affects some 10,000 men per annum.