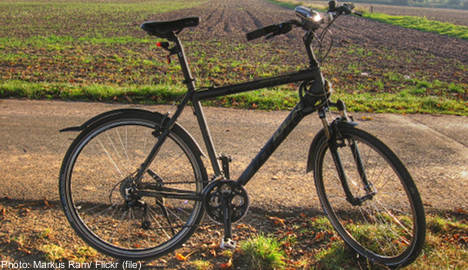 When police arrived at the bus stop between Hudiksvall and Delsbo where the man was reported to be out cold, he had apparently regained consciousness and had decided to quit the bus stop, making his own way toward town.

Officers spotted the man who was reportedly in his early twenties, on a bicycle, swerving hither and thither across the road.

Suspecting that the man was under the influence of some narcotic substance, officers decided to bring him in to the station for testing and questioning.

The man first told police that he was aiming to cycle in toward central Hudiksvall, but on the way into the station, he confessed that his plan was really to cycle home inland to Boden – some 600 kilometres away.

Based on tests conducted at the station, the homesick cyclist is now under suspicion of narcotics crimes. If – and how – he managed to get back to Boden is still unclear, according to the paper.