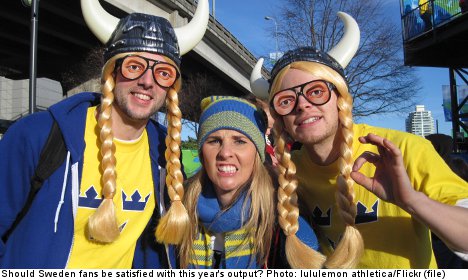 After having won seven medals (one gold, three silvers and three bronze), one might wonder if this is an underperformance for a developed country with over nine million residents.

The medals have been won in sailing, wrestling, equestrian eventing, shooting and the triathlon.

In the most recent Games in Beijing, Sweden hit a major hurdle and finished 55th without bringing home a single gold medal.

Is the country concentrating on the wrong sports or are summer sports just not Sweden’s strong point? Is a haul of seven medals a worthy achievement, or could Sweden improve?

The answers to these questions may just be a hop, skip and a jump away…

What do YOU think?