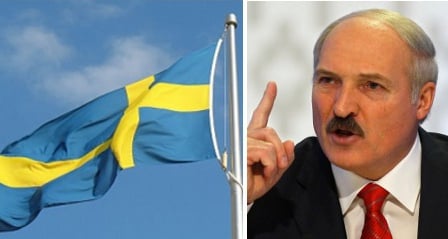 “There is proof that they acted in collaboration with the Swedish ambassador,” said Lukashenko to the Belarusian news agency Belta, reported the Dagens Nyheter newspaper.

“The ambassador should not say that he is protecting democracy in our country. It has still not been investigated which role he played in all this,” he said, according to the Russian news agency Interfax.

These claims however have been denied by Studio Total, the Swedish PR agency behind the teddy bear drop.

“Of course we didn’t work with the government. As we’ve said from the beginning, we worked alone without contacting anyone. There is no substance to these accusations,” company founder Per Cromwell told The Local on Thursday.

“Lukashenko is simply trying to use the teddy bears to get rid of an ambassador who has been challenging him, it seems as if he just wants to make a connection, where there is none.”

“It’s probably impossible for him to understand that a small Swedish PR company was even able to make such a move as we did without collaboration from the government,” Cromwell concluded.

The Belarusian president furthermore claimed that he has “concrete evidence” that the Lithuanian airfield from which the Swedes’ plane took off was also in cahoots with the Swedish government.

According to Cromwell, these accusations are also baseless.

“He is just paranoid – as most dictators usually are,” he said.

Meanwhile, the team at Studio Total is eagerly awaiting the results of the EU ambassadors’ meeting on Friday, explaining that they have no idea what will come of that.

For the time being however, Cromwell is pleased with the impact of the stunt.

“Newspapers around the world have been writing about the situation in Belarus, and this is great. The regime is being put under a lot of pressure, whereas prior to our campaign there were hardly any articles at all,” he told The Local.