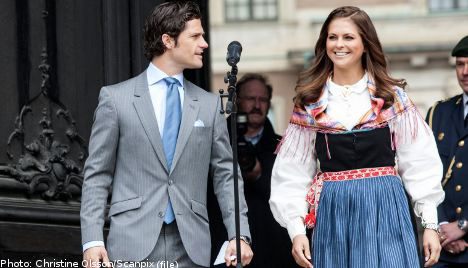 “It’s been an emotional and overwhelming experience. We feel fine considering the circumstances, but this is an incident that we want to handle privately,” the prince and his girlfriend Sofia Hellqvist told the Aftonbladet newspaper.

The 33-year-old prince was leaving the Baoli nightclub in Cannes, southern France, around 3am on Saturday morning when he was attacked by a man, prompting a scuffle as several people intervened.

A video of the fight (featured below) has also surfaced on the internet, where the prince is seen being hit while held in a headlock, with his girlfriend trying to diffuse the situation screaming “Darling, darling”.

The prince had spent the evening with Hellqvist, both of whom have now spoken to Swedish media “in the hope of avoiding speculation”.

“We had a pleasant night with our nearest and dearest. When we were leaving, Carl Philip was attacked by a stranger,” Sofia told Aftonbladet.

Talk that the assailant was possibly an acquaintance was also dismissed by the couple.

“We’ve heard from several people that our near friends were involved, and we truly want to highlight that this is not the case,” they told the paper.

Meanwhile, the Royal Court claims that the incident will not have any significant impact on Prince Carl Philip’s schedule, and that the matter is being investigated.

“We’re considering how we can proceed with a possible lawsuit. This will be decided this week,” explained Royal Court press spokesperson Bertil Ternert