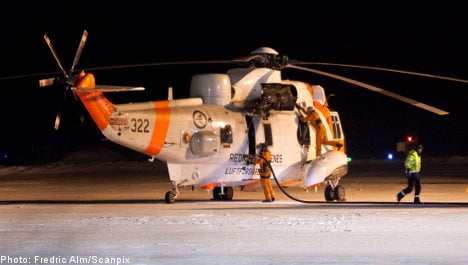 In Norway there is a long tradition of doctors treating victims on the scene of the accident or in the ambulance on the way to hospital, while it is much more unusual in Sweden, according to news agency TT.

However, according to the agency’s evaluation, these types of treatment methods are crucial in order to increase survival rates in victims suffering from gun wounds or injuries caused by explosions.

The authors of the report also urge Sweden’s municipalities to look into what local hotels and residential study centres could be used as support centres in case of a serious incident, as was done for the relatives of the Utøya victims in Norway.

The local authorities ought to make arrangements with these establishments and carry out crisis training, according to the report.

“The Norwegian society was able to meet the needs of those affected from the early stage of the incident,” said Per-Olof Michel, researcher at Uppsala University and director of the National Centre for Disaster Psychiatry (Kunskapscentrum för katastrofpsykiatri).

Michel is one of the authors of the Swedish study, which shows that national disasters can strike against small municipalities, like Hole municipality in Norway, where the island of Utøya is located.

“That takes resources and there must be a better cooperation between different authorities,” said Michel to TT.

When it comes to support for victims there is definitely improvements to be made in Sweden, according to Michel. Some county councils are currently unable to offer research based treatment for those that have been through serious traumas.

”Just to sit and chat to someone after being traumatized is not good, then you may not be helped at all,” Michel told TT.