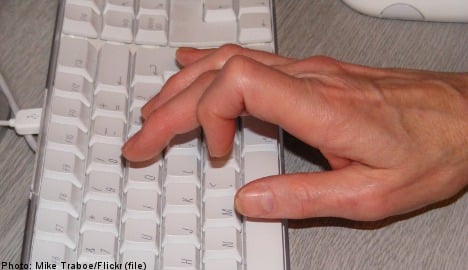 When the Ipred law came into effect on April 1st 2009, the government believed that it would lead to 400-800 cases per year. However, a recent review by legal experts on the behest of the government has shown that there were only eleven cases to process until June this year.

The anti-file sharing Ipred law (named after the EU intellectual property rights directive) grants copyright owners to request IP-addresses of suspected illegal file sharers, and was highly debated at the time it was brought into effect.

However, so far all information injunctions have been aimed at internet providers and out of the eleven cases, only three have been granted.

According to the review, eight of the total eleven cases have been determined, although only four have been solved by court ruling. Three of these were granted and one rejected. The remaining three cases have been tried in the district court but are pending appeal from higher authority.

The review stated that although the basis for evaluating the law therefore was slim, it is the belief of the reviewers that Swedish courts are applying the law correctly and that the legislation is sound.

Shortly after the law came into effect during spring 2009 file sharing rates dipped momentarily, but soon buoyed up again.

The review concluded that the “system isn’t a 100 percent efficient” yet due to courts still waiting for clarifying instructions from higher authorities.

The Swedish Supreme Court (Högsta domstolen) in 2010 asked for guidance from the Court of Justice of the European Union (CJEU), which essentially approved the law.

Since then a ruling has been expected from the Supreme Court, after which the number of cases of information injunctions will rise, according to the reviewer.