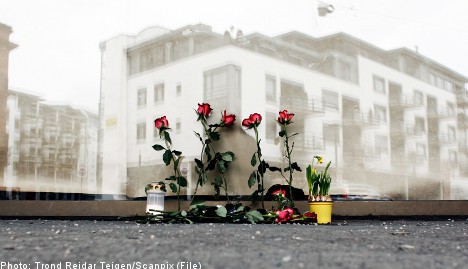 The man, who had been released on bail, had to report to police three times a week, but failed to turn up on July 16th and has been missing since. Police are now intensifying efforts to find him by issuing a description and making him wanted in 26 countries, including Sweden.

Police found the female bouncer lying on the floor after responding to a report of a fight at a pub in Porsgrunn, in southeast Norway, on a Saturday night in March.

The 27-year-old was charged with causing bodily harm resulting in death, as the woman had died in hospital the day after the attack. However, the 27-year-old denied the allegations.

“He denies committing an offence and said under questioning that he doesn’t recall what happened,” said Borgen at the time of the man’s arrest.

Early reports suggested police were unsure whether the suspect had hit the victim, whom they initially believed may have suffered a heart attack or an epileptic fit.

However, when it later came to light that the man had assaulted other members of staff by punching them, police arrested him and brought him in for questioning, wrote daily Svenska Dagbladet (SvD) at the time.

“I haven’t been in contact with him for a while, and I don’t know where he is,” the man’s defence lawyer recently said to Varden.

The man is also under suspicion for several cases of sexual and violent crimes in Sweden and Norwegian officials have decided he is going to be extradited.