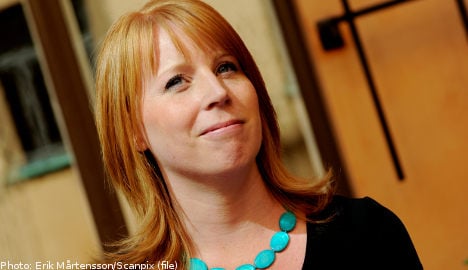 “The Swedish Competition Authority asks that the Government Offices produce copies of all contracts regarding the Ministry of Enterprise’s purchase of goods and/or services in connection with above event,” Magnus Johansson of the agency wrote in his request.

Daily Aftonbladet reported earlier in the month that the ministry for enterprise had tried to write off the party, which amounted to 616,473 kronor ($92,734) as seminar activity, thereby avoiding a value added tax (moms) of 123,295 kronor.

“We followed the rules as we understood them and the main aim was to gather all the employees in one place so that they could meet the ministers and we could chat about the ministry’s direction,” said the ministry’s administrative head Birgitta Wikmark Carlsson at the time of the revelation.

“It just seemed very convenient to have our Christmas gathering at the same time seeing as we were all in one place.”

The Competition authority has now requested to see receipts for the payment of the boat trip, the entertainment and the meals for the ministry’s employees.

The agency is also asking for an explanation as to why agreements were entered into about the party without putting the contracts out to tender, in accordance with Swedish legislation.

The agency wants an answer from the Government Offices before September 6th.