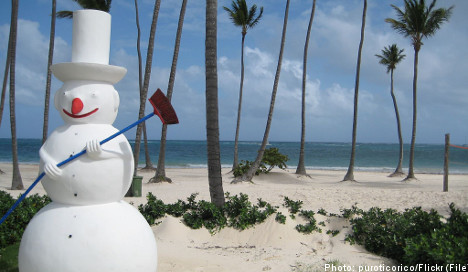 “We’ve not had any real heat waves. In both June and July, we were only up there with a few temperatures over 25 degrees. There has also been a lot of rain,” said Lisa Frost, meteorologist at SMHI to the Dagens Nyheter newspaper.

The figures were taken by the Swedish Meteorlogical and Hydrological Institute, SMHI, from the period between June 1st and August 19th.

Malmö, in Sweden’s south, saw nine days where the thermometer climbed above 25, compared to seven last year, while Gothenburg saw just five days of temperatures above 25.

Experts have put the cooler weather down to a heat wave in southern Europe.

However, there have been a few patches of sunshine this week in Sweden, with Lund recording the highest temperature of the year on Monday with a sizzling 32.1 degrees Celsius.

According to Frost, this is very late for a national high.

“The seasonal maximum temperature tends to happen much sooner. It’s remarkable,” she told the paper.