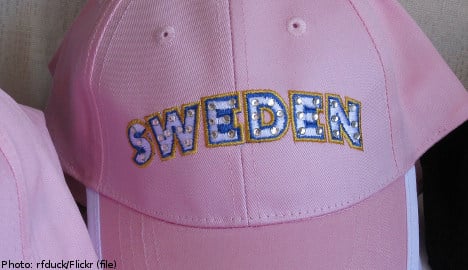 “Sweden has never exported as much fashion as during the first half of 2012,” said Ola Toftegaard of the Swedish Textile and Clothing Industries Association in a statement.

Up until May 31st this year Swedish fashion export had reached 5.1 billion kronor ($772.7 million) compared to 4.66 billion for the same period last year. The figures for June are still being counted but Toftegaard thinks that there is a clear trend for the first half of the year.

”The Swedish fashion industry as a whole is moving forward abroad despite the financial crisis. In other words, the unexpected development during the first quarter is continuing,” said Toftegaard.

At Swedish fashion brand Tiger of Sweden, exports have grown by 26 percent in the last year. The largest increase is from northern European countries and export manager Per Håkans expects the upward trend to continue.

“The increase is part of a general positive trend for Tiger of Sweden. For 2011/2012 we had the good fortune to note an all-time high with an increase in turnover by 12 percent to 765 million kronor,” Håkans said in a statement.

“We have never been stronger than now.”