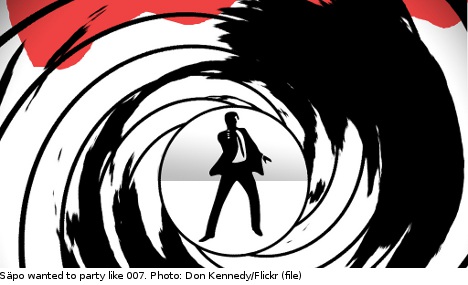 One in ten staff members will lose their jobs as a result of the “tough economic times” for the agency, wrote the Dagens Nyheter newspaper (DN) on Wednesday.

“People will go on their pension earlier, they will be offered special pensions, but a further 100 will finish here, and there will be no further recruitment,” said one source to the paper.

“How can someone in such a situation let the money flow as if it was unlimited?”

Pelle Dahlqvist of the Swedish Police Union (Polisförbundet) explained that the economic difficulties were centred around next year’s budget.

“There are signals from the government and the ministry that there will be a reduced appropriation in the 2013 budget,” he told DN.

“One has to take measures to stick to the budget.”

Säpo head Anders Thornberg refused to comment on the revelations, but explained to the paper on Friday that the organization was experiencing tough times.

The service came under fire last week after revelations that a James Bond-themed party in 2011 cost 5.3 million kronor to organize – a contract that was not put out to tender.

Furthermore, the service erroneously claimed close to one million kronor back in value added tax (moms), roughly ten percent of which they had to pay back to the tax agency.

The party was allegedly a gala event including a big band, blackjack tables, and silhouetted performing artists dancing to the music from the popular films.

In a nationwide survey in June, Säpo was rated to be the 7th most trusted state institution in Sweden, with 45 percent of the respondents saying they had ”great confidence’ in it.

The service currently has roughly 1,000 employees.

CHINA
‘A xenophobic and radical nationalist current is on the rise in Sweden’
Url copied to clipboard!