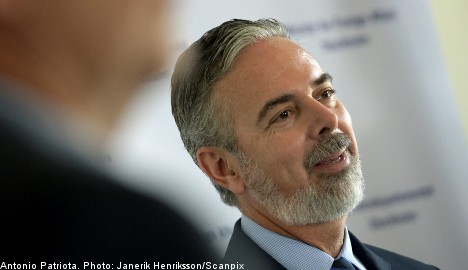 The past few weeks has seen the Organization of the American States (OAS) and The Union of South American Nations (UNASUR) express their support for Ecuador and the country’s asylum decision for Assange, who remains in the Ecuadorian embassy in London.

However this support should not be taken as a critical response to Sweden’s judicial system, explained Patriota.

“The focus was instead the Ecuadorian embassy in London’s integrity,” said Patriota in a press meet with Carl Bildt, Sweden’s foreign minister.

The British suggested that it could terminate the ambassador’s diplomatic status.

“In terms of the asylum case, it is a sovereign decision of the Ecuadorian government and the countries of South America have urged Ecuador and Britain to agree,” said Patriota, wrote the TT news agency.

The meeting comes just one day after Ecuador’s president said that it was unacceptable for the United States to use economic means to pay Ecuador back the decision to grant Assange asylum.

“It should be unacceptable for us to be subjected to commercial reprisals for having granted asylum to a citizen,” Rafael Correa told a meeting of industrialists in Quito, according to AFP.

Ecuador’s national sovereignty “is not for sale,” said the socialist leader, often at odds with Washington, adding that accepting “pressure” from the United States would be “terrible: a symptom of neocolonialism.”

Correa’s statement was delivered amid fears in local economic circles that the US will not renew trade benefits under the Andean Trade Promotion and Drug Eradication Act (ATPDEA) due to expire on June 30, 2013.

Assange has been holed up in the Knightsbridge embassy since June, where he took refuge to escape extradition to Sweden, where he is sought for questioning about sex assault allegations.

He claims that if extradited to Sweden, he would be handed over to the United States, where he fears prosecution over WikiLeaks’ release of a vast cache of confidential US government files.