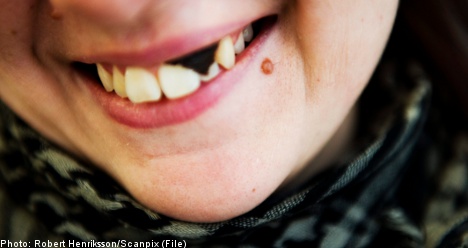 ”Our struggle is in no way over,” said Ewa Björling to news agency TT following the announcement that Swedish snuff will most likely continue to be illegal outside of Sweden.

Snus, is a tobacco product invented in Sweden in the early 1800s. While maintaining its popularity, it has been on the rise in Sweden after smoking was banned in restaurants in 2005.

The European Commission’s Directorate-General for Health and Consumers Protection on Tuesday revealed a proposal where all smoke-free tobacco should be banned outside of Sweden.

In Sweden currently only 11 percent of the adult population are smokers compared to the EU average which is 28 percent.

“Snuff is a lot less dangerous than cigarettes and we are trying to make it clear that we have adequate regulations in place here; how to produce it, distribute it, not to mention the age limit for purchase. We think these are good regulations even on an EU-level,” she told TT.

Swedish tobacco giant and snuff manufacturer Swedish Match is accusing the European Commission to have folded to pressure from companies that are earning millions from the sales of nicotine chewing gum.

“EU directives should be based on science and ought to be proportionate to the issue. From that perspective, it seems strange to suggest a monopoly for cigarettes and medical products and a total ban on smoke-free tobacco,” said Swedish Match spokesperson Patrik Hildingsson to daily Dagens Nyheter (DN).

The proposal will now be considered by the European Commission, followed by negotiations in the Council of Ministers and the European Parliament.

The EU’s new directive on tobacco is expected to come into effect in 2014.