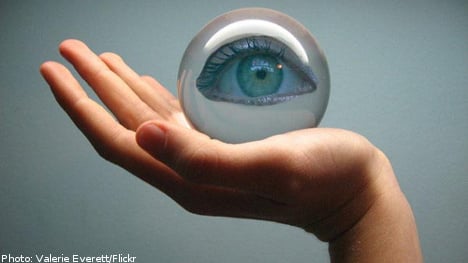 “The doctor no longer works for us,” said Anita Ivarsson, head of the clinic, to the local Nerikes Allehanda newspaper.

The doctor, a specialist in child and youth psychiatry, was using the alternative therapy in an attempt to cure the young female patient of a previous trauma.

The specialist was based in Örebro in central Sweden and has since been reported to the National Board for Health and Welfare (Socialstyrelsen).

“I have reported the incident based on plausible suspicion. Now the case is with the health board. I have nothing more to say at this point,” Ivarsson told the paper.

The initial plan was to help the child with psychotherapy, but the doctor ended up seeking an alternative treatment, according to the complaint.

Instead, the doctor urged the girl and her family to consult a medium. He then insisted that the family keep the meeting secret from the other staff at the ward where the girl was being treated, wrote the paper.

The report claims that the specialist was responsible for many other instances of improper conduct during recent years, but that this was the first occasion that a patient was involved.