The sperm bank, with branches in Copenhagen and Århus in Denmark, was told in June 2009 that one of the children born to the donor had been diagnosed with the genetic illness, neurofibromatosis type 1, a genetic nervous system disorder that causes tumours to grow around nerves.

Despite rules regulating the immediate halting of inseminations as soon as suspicions of genetic disease arise, the bank failed to inform others that the donor potentially carried a hereditary illness until a year and a half later when two more women had been inseminated. Today, one of them has a child who is affected by the disease.

According to Peter Bower, the head of Nordisk Cryobank, the doctors didn’t at first think that the disease had anything to do with the donor.

“Our team of physicians and our geneticist looked at the case but didn’t consider there to be reason enough to suspect it was the donor and therefore no reason to stop the use of his sperm,” said Bower to Danish national broadcaster Danmarks Radio (DR).

Danish authorities say that the man’s sperm was used by 14 clinics, and that he has fathered 43 children to date. 18 of these live in Sweden and Norway.

One of the children born with the help of the donor’s sperm was born to Norwegian couple Karianne and Sanna Vedin. They were informed by post that the donor, known only as “donor 7042” was carrying a hereditary disease and that their daughter was at risk to have inherited it.

”Luckily she is one of the healthy ones, but I feel very sad for those that have been affected by this. It should not have happened,” said Karianne Vedin to Norwegian national broadcaster NRK.

The couple are incensed that the sperm bank has failed to follow procedures and told the broadcaster that they would advise any couples who are considering insemination think twice before using a donor from a sperm bank.

According to NRK, eleven of the affected new parents are staying in touch with each other. They are considering taking legal action against Nordisk Cryobank, but their first priority is to get the truth out there.

“We want to find out what the Cryobank is really thinking and to reveal the truth behind the whole system. They are just after the money, it’s obvious when you see how many times this donor was used. We do not want this to happen to anyone else,” said Vedin to NRK.

Bower of the Nordisk Cryobank, however, stressed to DR that the company has since changed its procedures and from now on will follow the health authorities’ rules to halt any inseminations of sperm at the first suspicion of hereditary disease.

Foxryd added that mothers also carry responsibility to get in touch with the clinic where they were inseminated if the child turns out to have inherited a genetic disease and there is reason to suspect that the donated sperm may be the cause.

In Sweden, unlike neighbouring Denmark, single women are not allowed insemination with donor sperm. However, if a proposed bill is passed by the Riksdag, the rules may change. 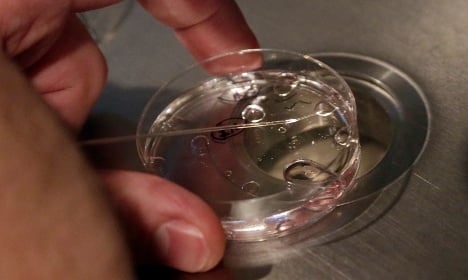 IVF
‘Swedes, please give your sperm a purpose’ 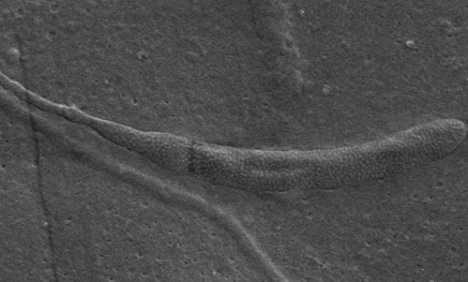