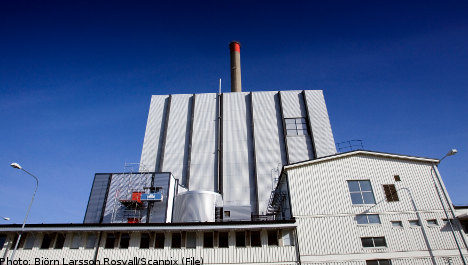 “We are killing off the myth that Swedish nuclear power is safe. Swedish power plants are old, have great security risks, there is a lack of both personnel and skills and a large number of incidents are occurring,” said Rolf Lindahl, who has worked on the report, to daily Svenska Dagbladet (SvD).

Swedish nuclear power plants were built in the 1970 and 80s. Today, all efforts are put into making them produce more energy, which is leading to strain on the facilities.

“With old reactors one should put all efforts into guaranteeing safety, but it would seem as if the primary goal is the financial gains and that they are taking chances when it comes to security,” said Lindahl to SvD.

Power plant Ringhals has previously been slammed for not having enough protection against earthquakes and floods. The new report reveals that Sweden’s other two wouldn’t be able to withstand natural disasters, according to the paper.

Forsmark, north of Uppsala on the eastern coast, could only take a rise in water levels of 2.5 metres before its diesel generators would be put out of commission.

Oskarshamn, in southern Sweden, would be in serious trouble in a situation where electricity and the ability to control the temperature is wiped out. The protection against terrorist attacks is also bad, concludes the report.

The report states that several incidents go unreported and have had foreign scientists analyse the stress tests that the EU carried out on Swedish plants in the wake of the Fukushima disaster of 2011.

Scientists from the Max Planck institute in Mainz have come to the conclusion that there is a much higher risk of meltdown than had previously been expected.

“We can expect these kinds of nuclear disasters every 10th to 20th year – 200 times more frequent than was previously believed,” the report said.

But Leif Karlsson of the Swedish Radiation Safety Authority (Strålsäkerhetsmyndigheten) does not agree with the findings of the report:

“Swedish nuclear power plants are safe. If we think they aren’t – we shut them down. Ringhals has come under special observation after we identified issues with their safety work. Oskarshamn is due to show their new measures in October,” said Karlsson to SvD.