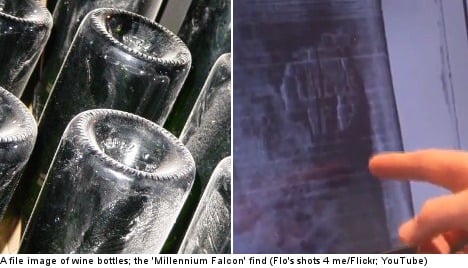 Altogether, divers from Swedish treasure hunting group Ocean X Team pulled up 21 bottles of wine from the wreck of the SS Astrid, a Swedish ship that was sunk by a German U-boat in 1916.

The loot was discovered in late July this year, following a careful consultation of maps that suggested Astrid’s position on the bottom of the Baltic sea off Sweden’s east coast.

When divers investigated the wreck, they were amazed to find a number of bottles – some of which had exploded but many of which were still intact.

“Finding a 100-year-old bottle in the Baltic sea? You can imagine how they felt! They were really excited,” Magnus Egler, spokesperson of the Ocean X Team, told The Local.

The bottles, from Swedish company Grönstedt, were being shipped from Sweden to Finland and then most likely on towards Russia, originally hailing from the Champagne region in France.

But the team kept the find under close wraps at first, choosing not to spill the beans about the wine until now.

“We didn’t say anything about it at first, we kept it a secret as we’re in the process of making a documentary, but we’re proud to announce it now,” he said.

However, the documentary will cover a lot more than just the story of the wine, as it was also the Ocean X Team which made another of the biggest underwater finds in the Baltic.

“These guys are professional treasure hunters and have found a load of things – this is the team that found the so-called Millennium Falcon that everyone’s been talking about,” Egler said, referring to the mystery shaped some speculators have likened to the spaceship from Star Wars.

The “Millennium Falcon” find, which was discovered in by the Ocean X team in June 2011 and is referred to as the “Baltic Sean anomaly”, attracted a great deal of attention in the international press, prompting wild speculation as to what the object may be.

While some theorized it was a UFO, more recently a retired Swedish submarine officer suggested the structures were underwater traps built by Nazi Germany to block radar from Soviet submarines, the Expressen newspaper reported in June 2012.

A Stockholm-based geologist, meanwhile, said the mysterious formation was simply a collection of rocks transported by glaciers, telling the Daily Mail that the Ocean X Team’s findings were “not unusual”.

While the mysterious find may have resulted in a great deal of publicity for the Ocean X Team, Egler stressed the magnificence of finding the wreck of the Astrid.

“But nothing they’ve found has been as beautiful as Astrid. The figurehead on the front of the ship is stunning,” he said.

Meanwhile, the wine bottles have been sent to London for analysis where a wine expert has had a taste and found out that no salt water has seeped into the bottle. There are even talks about taking an extract and making a new blend.

The bottles are planned to be auctioned off at prestigious auction house Christie’s in London.

As for the Ocean X Team, the divers are already in plans to investigate the Astrid again after the winter to get further samples from the wreck, and to continue to hunt for more treasure. 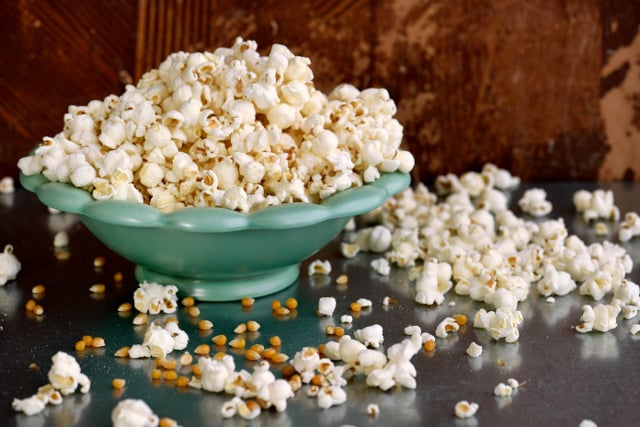 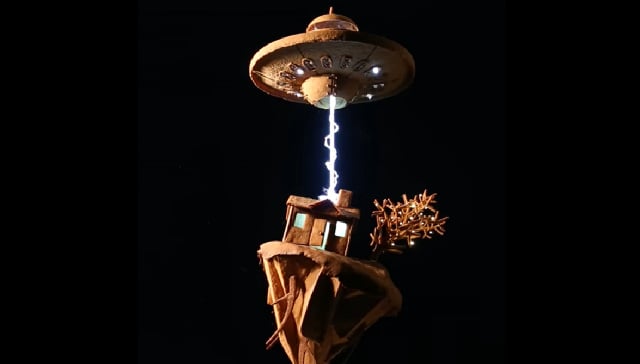 UFO
This gingerbread UFO is taking Sweden by storm
Url copied to clipboard!