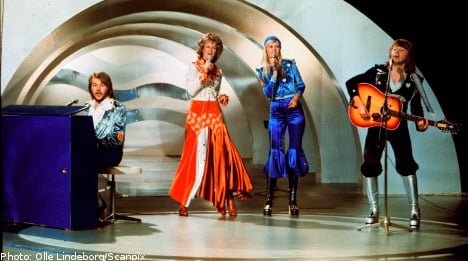 “I had been a little doubtful of being a museum artifact before I’m dead,” said band member Björn Ulvaeus in a statement Wednesday, according to the Svenska Dagbladet newspaper (SvD).

“As it’s been such a frightfully long time, I can take a step back and take a different perspective and see that I had the chance to be part of a pop phenomenon. It’s a Cinderella story that’s well worth telling, and that’s what we’re doing here with the Abba Museum in a fun way, full of warmth.”

The museum is scheduled to open in April next year, on the island of Djurgården in central Stockholm, but it has been a long time coming.

An Abba museum was planned to open in the central Stockholm district of Södermalm a few years ago, but plans fell through, and the exhibition was taken on the road in the so called “Abba World” tour.

Now, part of this display will be on show at the new museum, which will be part of the Swedish Music Hall of Fame. The museum will include a range of interactive opportunities for fans, such as the chance to be the fifth member of the band via hologram.

“Many people expect to see some of those strange outfits and the music of course. But other than that, they will be completely surprised. There is really a lot of interactivity from the latest sections,” Ulvaeus told Sveriges Radio.

“Everything that you can experience and see is authorized by all four of us from Abba. We hope that it will be a fun, entertaining, but also an interesting experience,” he said.

The band, which has sold more than 378 million records to date, split up in 1982 and has never reunited.

He said he had little hope of all four Abba members reuniting for the inauguration.

“If they all come I would be very happy, but they decide for themselves,” he said.

According to Swedish daily newspaper Dagens Nyheter, Ulvaeus has offered to serve as a financial guarantor for the Hall of Fame, which is being built with private funds.