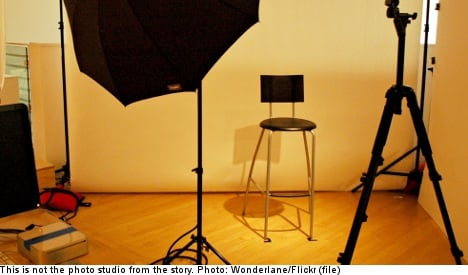 “This is sick in my world, because it involves young children,” said mother of two Monica Vial to the Dagens Nyheter newspaper (DN).

Vial responded to a school photo company in Östersund that offered photo editing on school portraits, including the removal of cold sores, running noses or black eyes.

“It’s hard to do something about it in such a small town. People are scared to stick out. Many people react with silence and on Facebook,” she said.

She explained that such “retouching” works against the fight to stop children being influenced by the stereotypical ideals of beauty.

One of the photographers from the company, Anna Wilhelmsson, explained that there has been a “storm of criticism” from parents following the blemish removal service, something that may lead to a reconsideration of how the company advertises.

“Retouching is a loaded word, and we perhaps should rephrase it. The debate about retouching is important,” she told TV4.

Meanwhile, Johan Främst, head of the Swedish Picture Suppliers Association (Bildleverantörernas förening – BLF), considers there to be a distinct line between retouching and outright removing.

“In portrait photography people have always tried to get a nice and soft complexion, but not in the aim of getting rid of something,” he told DN.

“If I have a birthmark then it’s a part of me. If a child has a birthmark and a photographer thinks ‘I’ll remove that’ then it can become offensive.”

This is not the first time a “retouching” service has hit a Swedish school.

In Luleå in 2009, a photo company came under fire for removing a scar from the face of a three-year-old girl, leaving her father enraged.