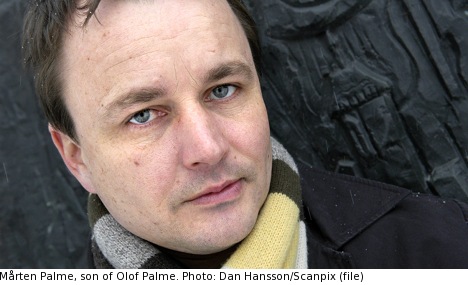 The film has invoked the wrath of the Palme family, as it is said to feature a prime minister, who in very many ways resembles Sweden’s assassinated Prime Minister Olof Palme, having sex with a minor.

“In the movie ‘Call Girl’ my father Olof Palme is accused of having sex with a minor – so called paedophilia. This is a very serious crime and would give the offender a long prison sentence,” wrote the former prime minister’s son, Mårten Palme, in an email to the TT news agency.

“He isn’t mentioned by name, but in the film there are other details given, which makes the character completely identifiable. This accusation is completely unfounded.”

The film is reportedly based on a late 1970s political scandal in Sweden, where the then justice minister Lennart Geijer was accused of having bought sex from an under-aged prostitute.

Daily Dagens Nyheter in 1977 wrote about a secret memo from the police to Palme stating that Geijer, along with several other high-ranking officials, were believed to have been frequenting a brothel with connections to a foreign power’s intelligence service.

However, the paper was slammed and fined after Geijer – backed by Palme – denied the existence of such a memo.

In 1991, the memo became a public document and its existence verified. However, no investigation has ever proven that Geijer or any of the others had been customers at the infamous brothel.

In “Call Girl”, however, it is reportedly the prime minister who has sex with an under-aged prostitute.

Mikael Marcimain, the director of the film, defended his work in a text message to TT:

“We have made a feature film, a work of fiction. A thriller. This is not a documentary. It is a work of art. I have no further comments,” Marcimain wrote.

However, the Palme family is not happy with this explanation:

“Even if the film is a work of fiction it provides a deeply offending defamation of a deceased person – a criminal act. If the intelligence I have received about the content of the film is correct, I have every intention to file a police report,” Mårten Palme wrote to TT.

Prime Minister Olof Palme was shot dead by a lone gunman on the evening of February 28, 1986, shortly after leaving a cinema in central Stockholm to walk home with his wife.

The murder has never been solved despite hundreds of thousands of leads over two-and-a-half decades.

Mikael Marcimain is a Swedish director best know for TV serials “The Laser Man” (Lasermannen) and “How soon is now? (Upp till kamp).

“Call Girl”, which is set to premiere in Sweden on November 9th, will be his first feature film. 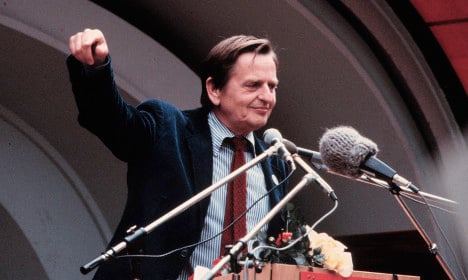 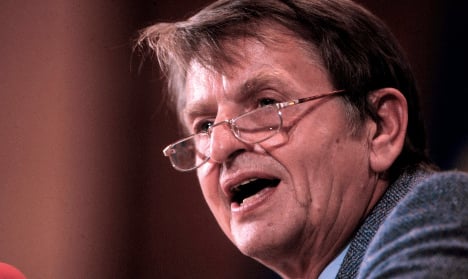