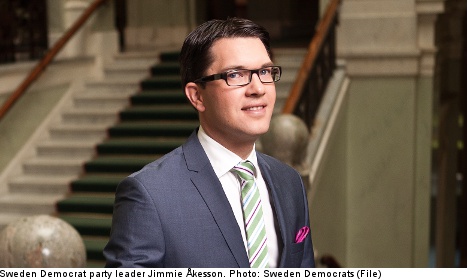 In a poll carried out by research firm Ipsos and published on Friday in the Dagens Nyheter (DN) newspaper, support for the Sweden Democrats surged 2.7 percentage points to 8.5 percent.

Coupled with a drop in support for the Green Party, which saw its poll figures fall by 2.7 points to 7.2 percent, the Sweden Democrats now rank as the third biggest party in Sweden behind the Moderates and the Social Democrats.

The figures come as the party gets set to release a plan detailing how it wants to alter its image ahead of the 2014 elections.

“There is undoubtedly some justification for the caricature of us Sweden Democrats as angry young men,” the plan reads.

Among other measures outlined in the plan, which will be revealed at a conference over the weekend, Sweden Democrat members should also strive to speak with one clear voice, dress well, and be careful about how they express themselves on social media outlets like Facebook and Twitter.

In terms of policy goals, however, the party remains committed to ensuring Sweden takes in fewer asylum seekers by instead boosting humanitarian aid to areas in the world with large numbers of refugees.

“You can just as well put it that we’re helping more refugees than the other parties,” party leader Jimmie Åkesson told the TT news agency.

Moreover, the new poll numbers suggest that the party is gaining support among a wider cross-section of voters.

While the Sweden Democrats have usually proved popular with young men, workers, and low-educated voters, the poll reveals the party now has supporters among women and pensioners.

However, the greatest growth came among voters in the party’s traditional base.

“The clearest growth was among men. If you look at where people come from, the increase is greatest in mid-sized cities and smaller municipalities. We haven’t seen any growth in the big cities,” explained Ipsos analyst Johanna Laurin Gulled to DN.

In terms of efforts to polish the party’s image, reining in controversial statements published on social media outlets ranks highly among the Sweden Democrats’ priorities looking ahead to the 2014 election.

Both rank-and-file Sweden Democrats, as well as leading voices in the party have stirred up controversy with racially-charged statements on social media, such as when party secretary Björn Söder seemed to question the Swedishness of Eurovision winner Loreen.

Party members also issued a number of controversial tweets in the hours after the massacre in Norway perpetrated by Anders Behring Breivik.

“Just because you’re a politician, it doesn’t mean you need to say everything you think all day long,” Åkesson told TT.

“We’re writing in the plan that you left the kitchen table the day you chose to become a politician. At the kitchen table, you can think an awful lot about everything, but as the representative of a party, you have a responsibility.” 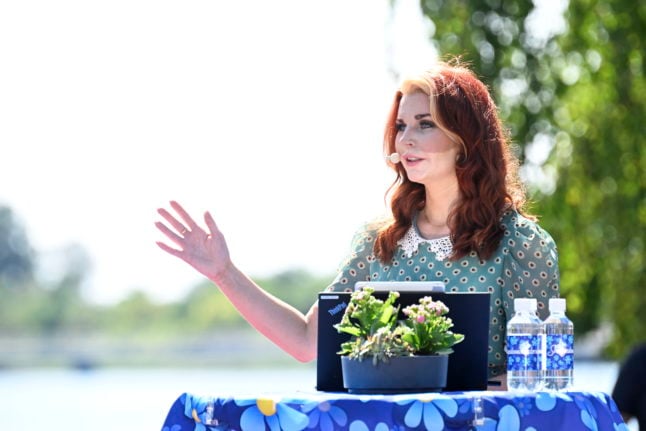