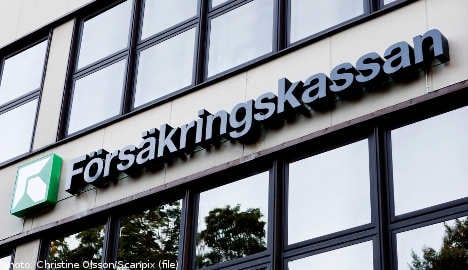 “We are currently getting too little support by police and prosecutors when it comes to suspected crimes regarding smaller amounts. These crimes have not been prioritized and won’t be getting the attention that I wish they would get,” said the director general, Dan Eliasson, to daily Dagens Nyheter (DN).

However, the agency has been courting police and prosecutors in order to get them to see that these everyday crimes should be taken more seriously.

And Eliasson told the paper that this has had the desired result:

“Now there is a will to do this and I would be surprised if we didn’t see a shift toward that already by next year,” said Eliasson.

The agency will be looking especially into dental care claims and the claims for temporary parental benefit for care of children (Tillfällig föräldrapenning för vård av barn, VAB).

Eliasson explained that he didn’t want to discuss how much money the cheating involved but that it was a significant enough amount to warrant that the agency deals with it.

“Now that we are launching our investigation into small-time fraud we will catch a lot of cheats. At the same time it is important to remember that most people who make use of the social insurance actually want to pay their own way,” he told the paper.