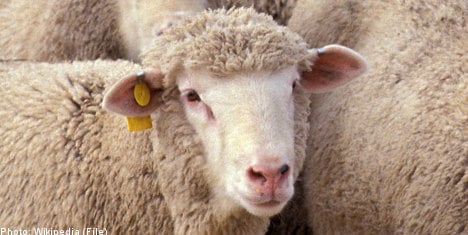 A total of 60 sheep have been found dead or injured in Skåne over a short period of time.

In the latest incident, 10 sheep were killed on an artillery range north of the town of Kivik. They were found in the morning, bitten to death and strewn across the field where around 1,000 sheep graze, along with horses and cows with calves. None of the other animals was injured.

The local Ystads Allehanda newspaper reports that the attacker was likely a wild dog, but some sheep owners are beginning to suspect a wolf might be behind the attacks.

“What’s happening is peculiar and strange. A regular tame dog does not act this way,” local sheep owner Ulf Pyk told the newspaper.

After surveying the sheep’s injuries, predatory animal inspectors from the county administrative boards said that they are “80 per cent certain” that it is a dog, and not a wolf, that has been clawing and killing the sheep.

The artillery field where a total of 50 sheep were killed or injured is now getting increased protection. A military hunting team as well as staff from the county administrative board will be patrolling the area at night.

“We have to find out what it is that is killing the sheep,” inspector Bertil Nilsson told the newspaper.

Another inspector, Krister Henriksson, said that dog attacks are not unheard of in the area but that this time a very large number of animals has been killed in a short period of time, and that this is unusual.

He said that he has never seen anything like it in his 20 years as inspector of predatory attacks on tame animals.

“This must end”, said Henriksson.