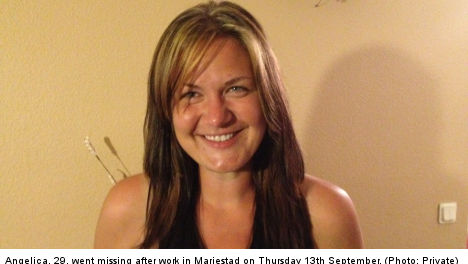 The woman, called Angelica, disappeared after an evening work shift as an aquarobics instructor at a swimming pool in Mariestad, a small town in the west of Sweden.

She was found in a forest in Gothenburg two days later, on September 15th, with tape around her hands and signs of having suffered physical assault. She told police she had been kidnapped, tied up, kicked and punched.

She is now suspected of having staged the disappearance.

One week before going missing, Angelica reported an acquaintance for assault. She is suspected of raising a false alarm and making false charges in connection to that event.

When she returned home, Angelica’s boyfriend told the Expressen newspaper that she had “received kicks and blows to the head, but is doing well under the circumstances.”

The organization Missing People Sweden, which has helped to find several lost persons in the past, had rallied volunteers for a search party to find Angelica. The organization sent out a text message to registered volunteers, urging them to join the three-hour search.

According to the radio station P4 Skaraborg, Angelica has now admitted to having voluntarily stayed away from home.

The case has been handed over to the Swedish Prosecutors Office (Internationella åklagarkammaren).