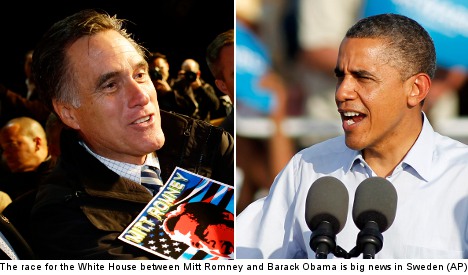 Sweden’s main news outlets were dominated by coverage of the US elections on Monday, just a day ahead of the opening of voting for the 2012 elections in the US.

In addition to front-page banner headlines, Swedish papers have also taken full advantage of online tools to beef up their US election coverage, with Dagens Nyheter (DN) going as far as arranging online chats for their readers with a Democratic and Republican family in the United States.

Indeed, the US election has been making headlines in Sweden for months, and while it’s no surprise that Swedish media outlets have kept up with the race between Obama and Romney, the amount of coverage in Sweden appears to have reached new levels.

“They seem to have a story on every possible angle. It’s like an introductory course in US political science. Overall I think they have done a pretty good job.”

“I’ve been somewhat surprised by the level of coverage this time around,” he told The Local.

O’Connor, who has lived in Sweden for more than a decade, said he finds Swedish media coverage of the US election campaigns “refreshing”.

“There is less propaganda on the airwaves here in Sweden. The Swedish media also covers things in a more explanatory way, which I enjoy. It’s allowed me to brush up on things about the US electoral system that I would have likely overlooked or forgotten about if I were in the US because of all the vitriol,” he said.

While O’Connor also keeps up with election coverage in the US media, he finds that reading and reflecting on the way the US presidential race is covered in Sweden has provided a different level of understanding how the US is perceived abroad.

“I certainly think more about how US policy decisions can have an effect on the rest of the world in a way that I might not fully appreciate if I were living in the US,” he said.

“I also feel that the coverage in Sweden allows me to focus more on what the candidates are actually saying rather than getting caught up in how they are saying it.”

But far from all US expats find Swedish coverage of the US elections useful.

“I don’t pay a lot of attention to it,” Peter Dahlen, an American who has been living in Sweden for more than a decade, told The Local.

Dahlen, who lives in Stockholm and previously chaired the Swedish chapter of Democrats Abroad, is more engaged in US politics than the average US expat and finds that it’s easiest to get news about the presidential race straight from US news sources.

Nevertheless, he said there are some advantages to being able to follow the US elections from Sweden.

“You don’t have to watch all the political advertisements,” said Dahlen.

“And the 24/7 news cycle isn’t as relentless here. You get some relief from the breathless coverage of the issue of the day.”

Political scientist Towns said that the US elections are likely more of a fascination for the Swedish media, rather than the Swedish public in general.

However, she said there are a couple of factors that likely account for Swedes’ continued and growing interest in US presidential politics.

“On the one hand, the US is a major power and what the US does affects Swedes, so they are interested in who wins the presidency,” she said.

“But I think a major reason for the enthusiasm is that these days there seem to be more Swedes who have a personal connection to the United States compared to 1970s or 1980s.”

She cited the relatively muted coverage in Sweden of the change in leadership in China, which she called a “growing world power”.

“Swedes just aren’t as connected to China as they are to the US. There are lots of people who travel or work in the US or have friends or relatives that do, which has helped them develop a more nuanced view of the complexities of US society and the election system,” she said.

But O’Connor cited a somewhat less high-brow explanation for why Swedes can’t seem to get enough of US politics.

“It’s entertaining and unlike any spectacle that you can get in Sweden,” he said. 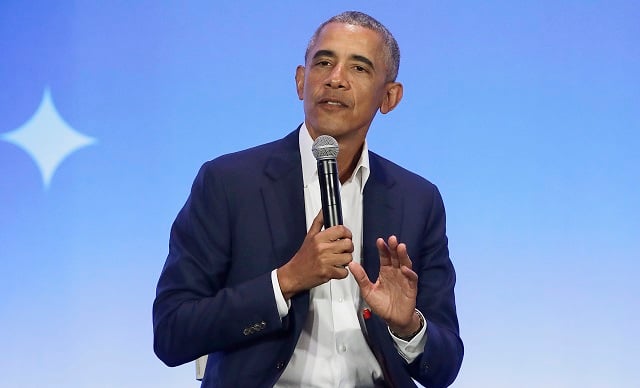