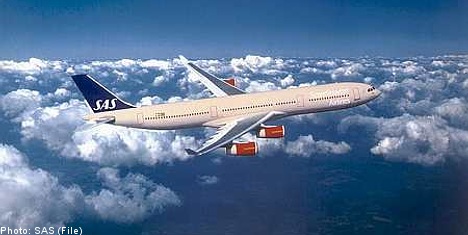 “The finalization of SAS’s comprehensive plan to address the company’s cost structure and complete asset disposals is an essential part of these negotiations,” said the company in a statement.

According to the company, the plan is expected to be finalized within a few days.

The company made a profit of 568 million kronor ($85.2 million) in the third quarter of 2012, a figure that it was forced to publish last week after media speculation prompted a suspension of trading in SAS shares.

“Following numerous rumours in Scandinavian media, SAS announces that it will report on November 8th a positive result for the third quarter, with a pre-tax profit of 568 million kronor,” the group said in a statement shortly after the stop in trading.

This report will now be postponed until November 12th, according to the company.

SAS has said that it intends to cut back an additional 3 billion kronor, and sell assets to the same value, but many question marks remain.

But according to the new SAS figures, traffic growth remained positive in October, although it did not keep pace with an increase in capacity. Weather conditions and short-term operational challenges also affected the growth, the company said.

However, intercontinental and certain European and domestic routes continued to grow well.

“Overall, the market demand continues to be good, but remains unpredictable due to risk in the global economy,” the company said.

SAS Group carried 2.7 million passengers in October, a figure which is up by 4.6 percent.